Note: this blog has been migrated to Medium, with the articles here available to preserve permalinks Please see this post at https://medium.com/@ianrbuck/dishonored-review-953887a12108 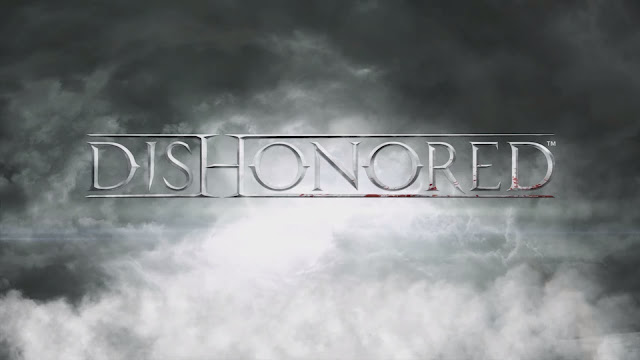 Let me get the most important thing out of the way: if you came here already knowing a few things about Dishonored and you are just wondering if it is worth purchasing, I would tell you "Yes!" I'll even understand if you don't read the rest of this post so you can start playing it as soon as possible.


For the rest of you, here are the essentials that you should know about the game: It is a first-person stealth action game set in a steampunk industrial city infested with a plague (except that everything runs on whale oil instead of steam. The city inherits the city-on-a-coast that is slowly falling apart while a ruling class harasses the citizens vibe from City 17 (Half-Life 2) mixed with the steady unveiling of stories and details through books and audio recordings from Rapture (Bioshock). So the setting is already off to a good start, as I enjoyed both of those games immensely.

As was revealed to us before the game came out, you play as Corvo Attano, the Empress' body guard. In the first scene the empress is assassinated, her daughter is kidnapped, and you are framed for it. Not the most original plot, I know, but you really do get caught up in it. Before they can execute you of course you escape with the help of a group loyal to the true heir and the rest of the game is the story of your revenge.


Of course, the way that you go about exacting your revenge is entirely up to you. It is entirely possible for you to go in guns blazing and murder everyone in your path; it is also possible for you to kill almost no one throughout the whole game. You can even deal with most of the main targets in a nonlethal manner. The way you play affects several things in the game: the more people you kill, the more rats and plague victims there will be, and the ending of the game will be darker. This concept of giving you a moral choice within a linear framework reminds me once again of Bioshock.
I opted to try to kill as few people as I could, partly because it is a refreshing change of pace from most video games, and partly because I knew that the guards that I was encountering didn't know the truth and were just following orders.

Corvo has some pretty nifty gadgets at his disposal, including a folding blade, a crossbow, a pistol, rewiring tools, razor mines, and grenades. Oh, and of course his mask. 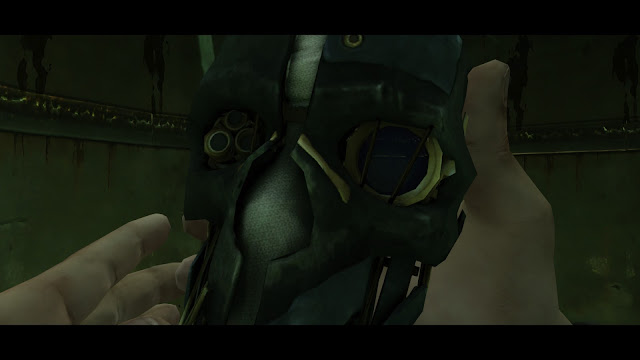 The guards in this game aren't completely clueless, so sneaking around them undetected is actually pretty challenging until you start getting awesome supernatural powers from The Outsider. 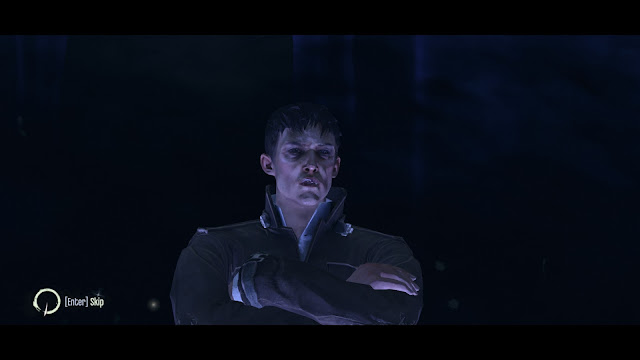 This guy lives in The Void, which is the otherworldly realm where everything magical comes from. He apparently seeks out interesting people to give powers to in order to see what they will do with their powers.  He kind of reminds me of the G-Man (Half-Life) but he manages to be creepy in a whole different way.
The powers he gives you include things like short-range teleportation, seeing things through walls, stopping time, possessing animals, and creating a giant swarm of rats that will devour people.

Both your gear and powers are upgradeable; for gear you collect money and supplies during your missions and bring them back to Piero to have him give you new goodies; for powers you collect whale bone runes and you can select a power to acquire as soon as you have enough runes.

Being that you are the Empress' body guard and her daughter was abducted, one of your main goals is to ensure Emily's safety. I am noticing that this is a rapidly emerging theme in video games: The Walking Dead, Dishonored, Bioshock Infinite, and The Last of Us all have grown men as the player character with a young girl they must protect. Of course, the degree of usefulness the girl provides varies, but they are quite similar. Also, in both The Walking Dead and Dishonored she draws pictures of things that have happened throughout the game. 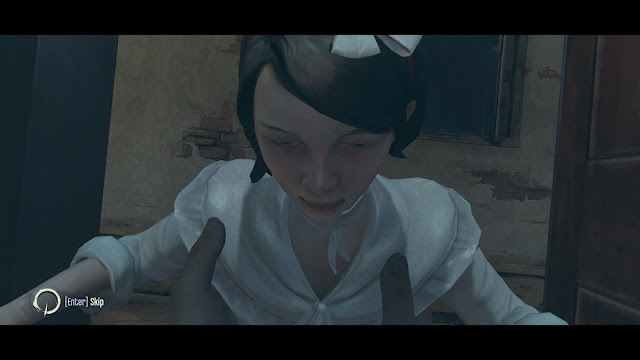 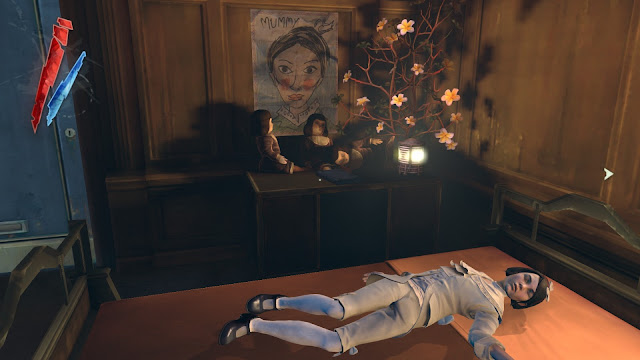 There are a few things that I have to complain about, but they are relatively minor notes:

After you have completed a mission you can revisit it and try it out a different way, in the spirit of player choice. If you are an achievement hunter you will be using that to go back and do things differently for several of the targets.

Take a look at all of my screenshots from Dishonored here but be aware that I took a few that may give away important plot points.

EDIT: you can now read my review of the Knife of Dunwall and Brigmore Witches DLCs.
Posted by Ian R Buck at 2:53 AM