Note: this blog has been migrated to Medium, with the articles here available to preserve permalinks. Please see this post at https://medium.com/@ianrbuck/batman-arkham-asylum-review-55ebfa3ad5ac 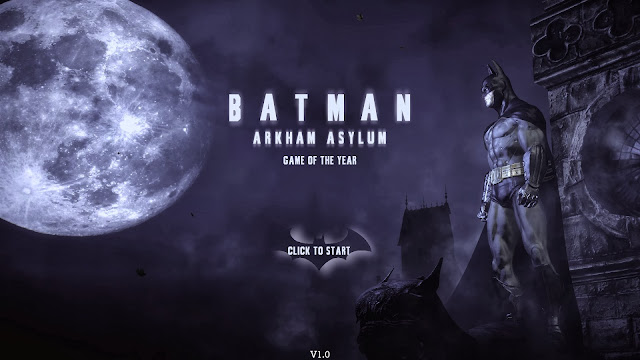 As much as I love playing creative indie games, it is really refreshing to play a game with a huge budget where they worked closely with Nvidia to optimize the graphics and make a 3D Vision ready game. What I mean by all of this is: Batman: Arkham Asylum looks gorgeous! There were even a few scenes that had a lot of PhysX effects going on that my GTX 670 struggled with. I wouldn't have guessed that it came out in 2009. One of my biggest pet peeves is when games that look great have cutscenes that have been rendered in 720p (I'm looking at you, Mass Effect series) but the only difference I could see in Asylum was that the cutscenes were not in 3D.

I'm not a huge Batman fan, so I don't know who most of the villains are; I only learned about Two Face when I watched The Dark Knight. Arkham Asylum does a very good job of introducing the characters and giving their backgrounds. They even have a little bio section for each major character with both in-universe and real life facts about them. I could tell that most of the character designs were new takes on those characters, and I definitely think that they were done well. I found it a little odd that almost every single person in the game was ripped, but this is Batman after all. 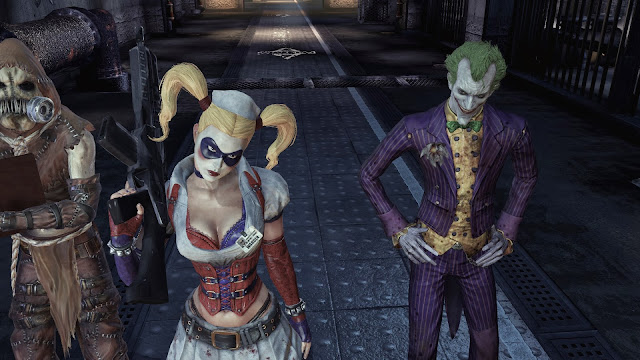 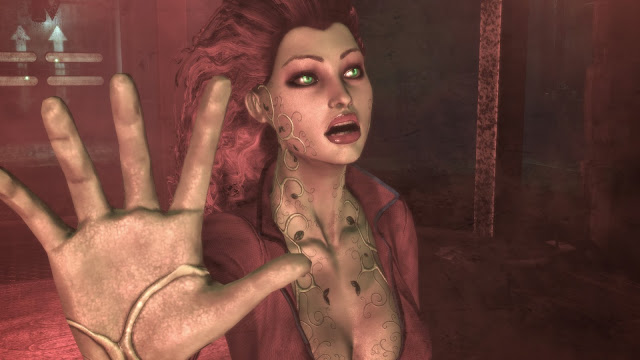 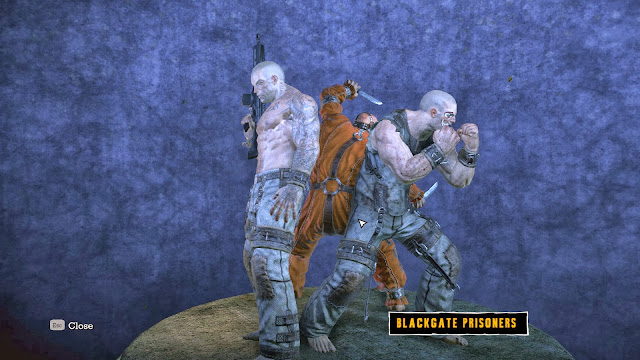 Mark Hamill did a phenomenal job voicing the Joker. He was easily the most interesting character tho listen to, and I intentionally died a couple of times so I could listen to him taunt me.

Each main villain had a couple of levels devoted to them. My personal favorite were the Scarecrow levels because I got to relive some of the defining moments in Batman's life. By that I mean I got to see his parents die. 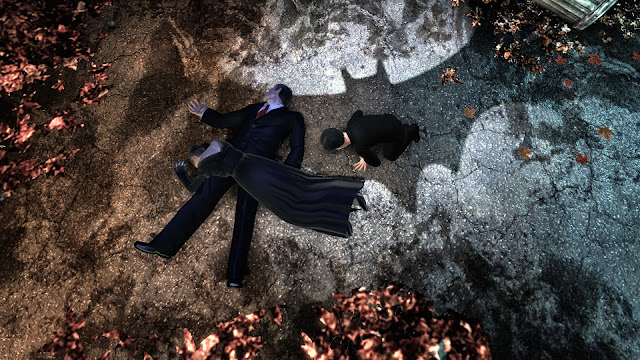 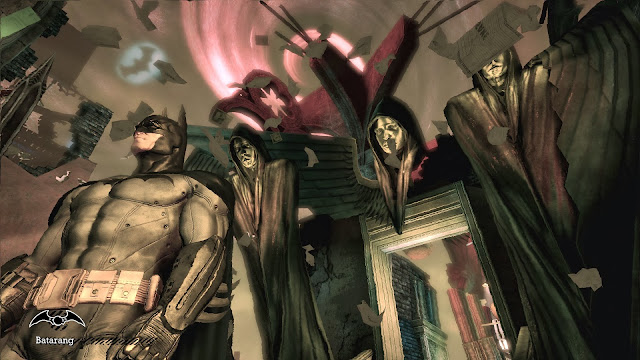 The gameplay is pretty basic: left-click to hit people, and right-click to counter when they try to hit you. Some enemy types switch this up a little by making you stun them first or dodging behind them before you can hit them, but ultimately it only adds one extra button that you have to hit before taking them down.

My favorite parts of the game were the rooms where there were a bunch of armed thugs in a large area, and I had to figure out how to take them down without being seen. It reminded me of the scenes in Batman Begins down by the docks where Batman did just that. Unfortunately I wasn't quite as good at it as the real Batman.

The detective "puzzles" were fairly interesting, but usually very straightforward. I felt like I was doing less detective work and more just following a trail that the developers would only let me see if I turned on the special goggles.

My least favorite parts by far were the boss battles. They were clearly constructed exactly the same way that boss battles were made back in the 90's. I was usually stuck on a platform below the much larger boss, performing the same actions multiple times while looking for patterns in their attacks so I knew when they were vulnerable.

It took me a little over 10 hours to complete the story. It seemed like I wasn't missing much by not exploring heavily; the main missions took me all over the island. It would have been nice to have gotten more of the audio logs, which were pretty amusing, and I only found a fraction of the Riddler trophies. I'm definitely not a completionist. 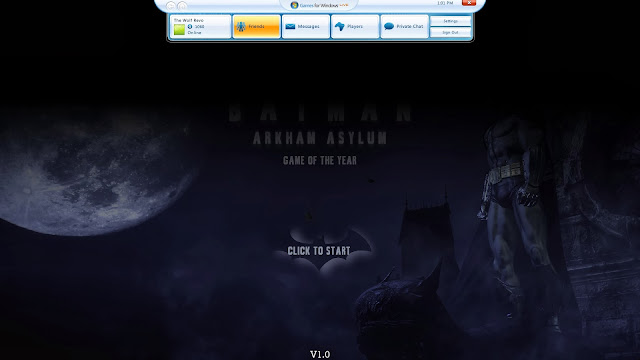 Overall I enjoyed the game a lot, and I would recommend that anyone who thinks Batman is the coolest play it. It's currently $20, which is a pretty reasonable price. 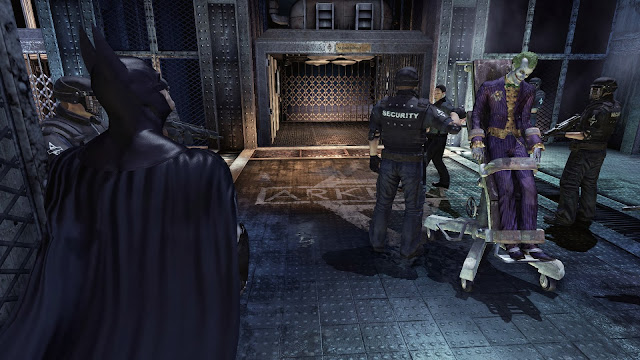 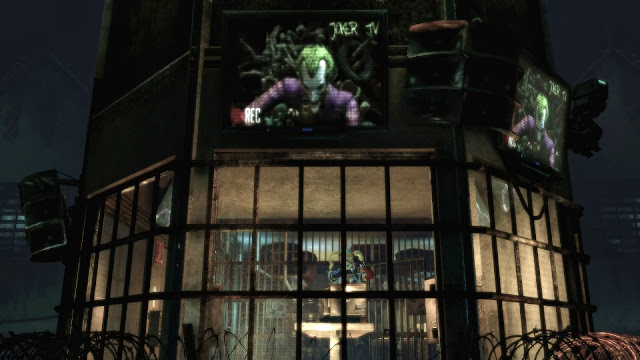 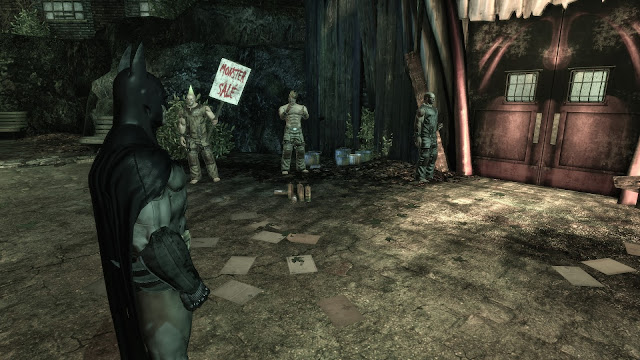 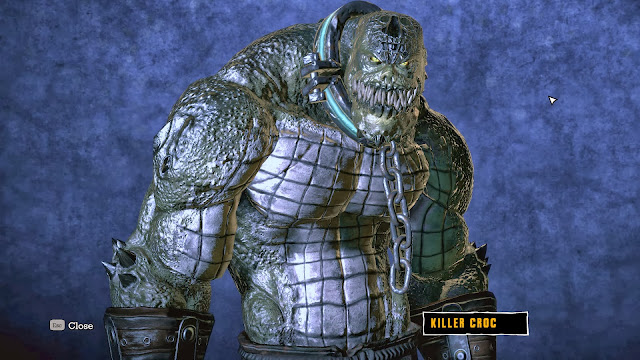 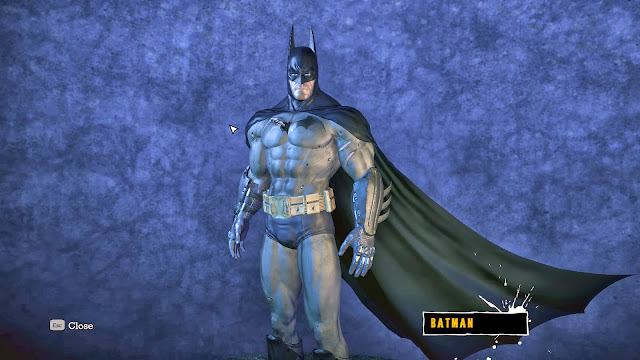